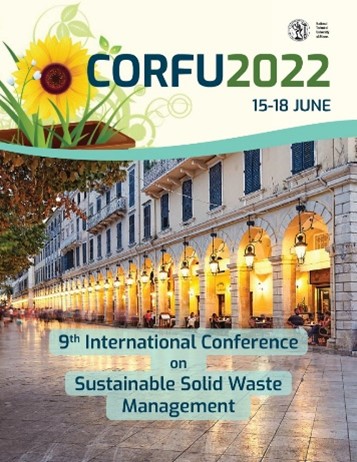 BlackCycle consortium with CSIC propose an abstract at CORFU 2022

Tire pyrolysis oil (TPO) is one of the most valuable products derived in pyrolysis of end-of-life tires (ELT) and entails an important content of renewable energy given the natural rubber in tires. This hydrocarbon not only offers a remarkable heating value but also an important source of valuable chemical products such as benzene, toluene, ethylbenzene and xylene (BTEX), as well as limonene, among others. In order to recover these chemical compounds, a pilot scale distillation plant has been designed, erected and operated using TPO from an industrial-scale pyrolyzer. The distillation plant consists in a single-packed column (20 kg/h) and is within the fifth technological readiness level (TRL5). This work describes for first time the fractioning of the TPO in a continuous fashion under industrially relevant conditions. For this purpose, different reboiler temperatures (250–290 ºC) and reflux ratios (up to 2.4) were preliminary assessed on the yields and characteristics of the resulting products: light fraction (LF) and heavy fraction (HF). In all cases, the temperature profiles along the distillation column decrease from the bottom to the upper part of column, and were found to be very stable over the operation time without any signs of instabilities. The distillation plant is capable to produce 27-35 wt% and 65-73 wt% of LF and HF, respectively. The highest BTEX concentration in the LF (62.54 wt%) was found using a reboiler temperature of 250 ºC and a reflux ratio of 2.4. Contrary, the highest limonene concentration (4.9 wt%) in the LF was obtained at 290 ºC without reflux. In this sense, the lower the reboiler temperature, the higher the BTEX, and the lower the limonene concentration in the LF. The simulated distillation curve of the HF suggests the presence of very heavy hydrocarbons compounds (boiling points from 139.0 ºC to 519.1 ºC), intended to be used as feedstock for carbon black production. The main results herein obtained serve to confirm not only the minimum number of equilibrium stages but also the height equivalent to a theoretical plate (HETP). In addition, it provides key information for the next steps of technological development.