Sisener: actions and progress made in first year of BlackCycle

During this first year of the BlackCycle project different progress have been accomplished in the existing pyrolysis plant and future TRL7 distillation line.

The existing pyrolysis plant has been improved through the installation of a continuous carbon black withdrawal system. This modification allows the plant to improve its reliability and the equivalent availability; thus, avoiding reducing the load at certain operational conditions.

The modification of the existing plant consists on the installation of an automatic carbon black packaging system. The system cools down the carbon black that leaves the auger reactor and handles the solid material to feed a big bag that allows the carbon black storage. 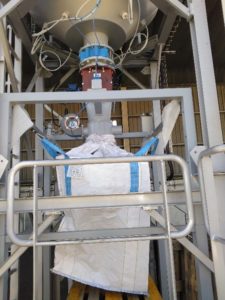 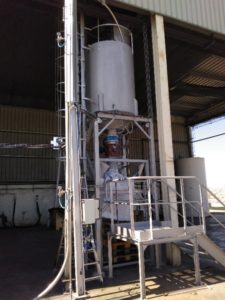 The existing pyrolysis plant has been running on testing mode in order to be ready for the production of the pyrolytic oils needed for the second year of project.
The TRL7 distillation column is also being developed adjacent to the pyrolysis plant.
The critical equipment is already being manufactured and is expected to be installed at the plant on august of this year.

The TRL7 will consist of a distillation line of 500 kg/hr of nominal capacity. The line will present a different storage vessel for each fraction that is of interest in the project. This storing philosophy will prevent the mixture of the fractions.

The TRL7 will be approximately 12 meters long and 0.35 m wide and will be built in inox material. The inner filling will be done through the installation of pall rings.

The TRL7 will be heated up through an electric heater installed at the bottom of the column. 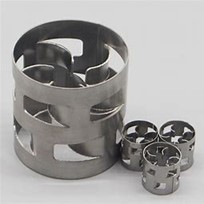 The rest of the equipment necessary to perform a good distillation and to obtain liquids with the right properties have been selected and purchased. The liquid fractions will be load to truck by the use of an existing loading station.

The plant will provide independent storage vessel for each liquid fraction, avoiding the contamination of each liquid stream.

An ATEX study and an Operating Safety study has also been carried out due to the flammability of the liquids produced during BlackCycle Project.

A study of the CTT and its derivatives at different temperatures has also been carried out, their main characteristics have been analyzed in order to optimize the production processes and guarantee specific characteristics of the expected products.