Successful Start-up of the TRL 7 column by SISENER 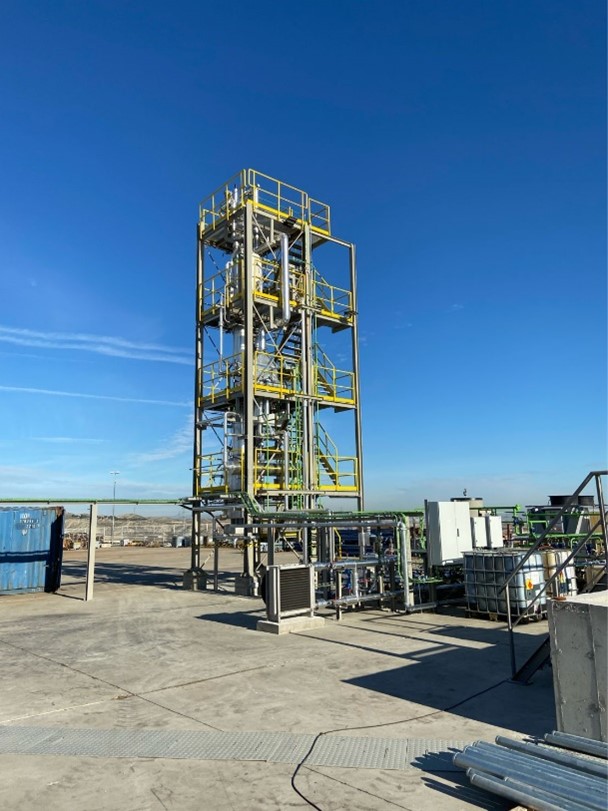 TRL7 Distillation column construction has been accomplished and the facility has started its start-up and running trials. The distillation column has been built by reproducing the basic design developed by CSIC within the scope of the BLACKCYCLE project.

The design consists of a total condensing column with reflux, powered by an electrical reboiler integrated in the column body itself. The nominal capacity has been established in 500 Kg/hr.

The TRL7 facility is currently conducting its tests by distilling pyrolytic liquid from End of Life Tires that has been produced by PYRUM, who is another participating member of the BLACKCYCLE project consortium.

The plant arrangement has been developed to allow consecutive distillations and produce different liquid streams which properties will also be studied within the scope of the project.

So keep on following the BLACKCYCLE to have news in the next months!